Zest WEG has progressively increased its level of local manufacturing over the past decade and now boasts six manufacturing sites – four in the Gauteng region and two in Cape Town.

A key aspect of this manufacturing drive has been the development of local suppliers by the company; an effort which has met with considerable success. “Building up our local supply chain is important, of course, in terms of meeting targets for black empowerment stipulated by the government and the mining industry, which is one of our main markets. Having said this, local sourcing is a value that is built into WEG’s culture globally and is nothing new for us,” says Eduardo Werninghaus, newly appointed Group CEO of Zest WEG.

Werninghaus notes that the company started up in 1961 in the southern Brazilian state of Santa Catarina which was then very undeveloped with the local economy relying primarily on agriculture. “WEG really had no choice but to develop local suppliers, given the distance of its factory from Brazil’s main industrial centres. This programme met with such success – and made such economic sense – that it has now become the standard practice for our companies around the globe.” 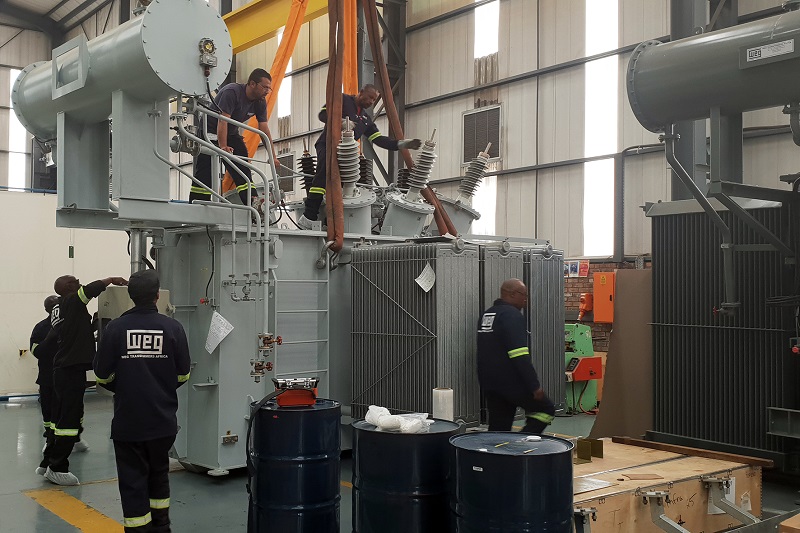 Commenting on the benefits of local sourcing, Werninghaus says that it gives Zest WEG enhanced control over the production process and helps keep down costs. It also allows short delivery times, as there is less reliance on global markets for parts and componentry, a huge advantage currently given the constraints of the global supply chain. He adds that it has also made a major contribution to the company achieving its current Level 1 B-BBEE status.

Zest WEG gives considerable assistance to emerging companies that it brings into its supply chain, upgrading their skills so that they are able to produce to the demanding standards of the WEG Group. “We’re a very aggressive company when it comes to manufacturing and very focused on efficiency and productivity. This same culture has been successfully instilled into our South African operations, including our local suppliers,” he says.

In Gauteng Zest WEG has two transformer factories. One is in Wadeville and the other in Heidelberg. Also in Gauteng, Zest WEG – through its WEG Automation division (previously Shaw Controls) – produces a wide range of electrical panels in Robertsham and E-Houses and other electrical enclosures in Heidelberg. In Cape Town, the company has two production facilities, one producing engineered gensets and the other focused on panel production.

Discussing how far local manufacture has advanced, Werninghaus says that the transformers can have more than 90% local content and panels and E-Houses close to 70% depending on the specifications.

“It’s virtually impossible to get to 100 % local content on any of the product lines we manufacture in South Africa, as there will always be certain things that have to be imported due to technical and economic reasons,” he comments. “Nevertheless, we are constantly looking for opportunities to replace imported componentry with locally produced parts so our level of local content will certainly increase further with time.” 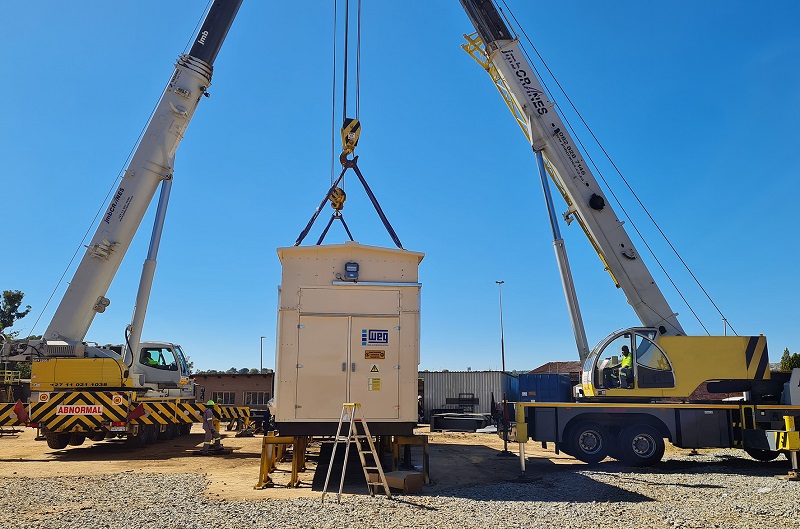