Aside from the bad news that Minister of Mineral Resources and Energy, Gwede Mantashe, has been admitted to hospital because of Covid-19, it has been a good two weeks for mining in South Africa, writes Leon Louw. 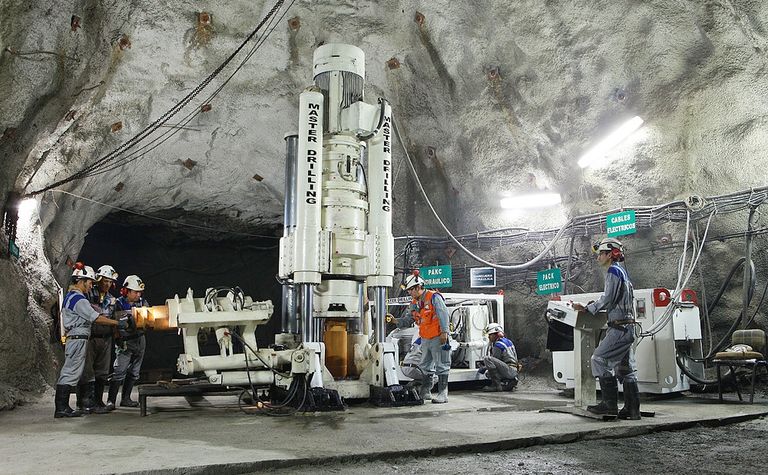 The gold price is on an unstoppable bull run and while marching ever closer to USD1 900 per ounce, platinum has not done too badly either. With a weak rand, the gold and platinum mines in South Africa suddenly find themselves in the pound seats and are slowly grinding their way back into the swing of things after a horrendous start to the year.

So much of what happens with the platinum price depends on automotive sales, especially in China. As vehicle production increases, the platinum price will benefit, which is good news for the major South African producers. Contrary to expectations, Chinese heavy-duty vehicle production has risen 8% year-on-year during the first quarter of 2020. This could add up to 85koz in platinum demand if production is flat over the rest of the year. Things are looking up for platinum, and that bodes well for companies like Ivanhoe (developing the Platreef project) and Northam Platinum.

Northam Platinum this week announced the successful completion the raise-bore pilot hole for the planned Number 3 shaft at their Zondereinde mine western extension, in the Limpopo province of South Africa. According to Paul Dunne, Northam’s CEO, the shaft will provide additional access from surface to the underground workings for hoisting of men, material, services, and ore.

The western extension was acquired on 6 December 2017 from the neighbouring Amandelbult mine, owned by Anglo American Platinum, for a cash consideration of R1-billion. It comprises a 3.6km wide mining block containing a Platinum Group Metals (PGM) resource of more than 21 million ounces (Moz) hosted within high-quality Merensky and UG2 orebodies.

The acquisition of the western extension significantly reduced Zondereinde’s operational risk profile and potentially extends the mine’s life to beyond 30 years. Optimising this potential required the development of an additional vertical shaft to supplement the existing two shafts at Zondereinde – this is the Number 3 Shaft project which was initiated in May 2019. Number 3 Shaft is being raise-bored by Master Drilling.

Master Drilling announced that they have completed the pilot hole and, in the process, drilled themselves into the record books. The Fochville-based contractor has its flagship RD8-1500 raisebore rig on site at Zondereinde and is busy drilling a shaft that is 4.8 m wide and 1420m deep.

The project does not just beat all previous drilling benchmarks, but also has very stringent accuracy requirement that requires the latest in Measurement While Drilling technology. Master Drilling’s RD8 rig has been used at various mine sites across South Africa and is capable of drilling 8.5m in diameter and over 1 500m deep.

In the meantime, stalwart gold miner Pan African Resources (PAR) hit one of the richest gold veins seen in South Africa for a long time. The vein was discovered underground at PAR’s New Consort mine in Barberton, Mpumalanga, one of the oldest mines in South Africa. The company reported that “the vein is so rich in ore that in places it can be seen with the naked eye.” According to Cobus Loots, CEO of PAR, the rich vein is fairly small but will turn the fortunes of the mine, which has been struggling for some years to make profits. Loots says that the mine is also targeting several of exploration targets, “which will stand Consort in good stead for the years ahead,” says Loots. Some prove that there are some good news stories out there, while the world continues muddling in the outfall from a global pandemic.