Walking the journey of automation in SA

Sandvik Mining and Rock Technology Southern Africa has long been applying the world’s most advanced technologies on the sub-continent, with local skills underpinning its success. 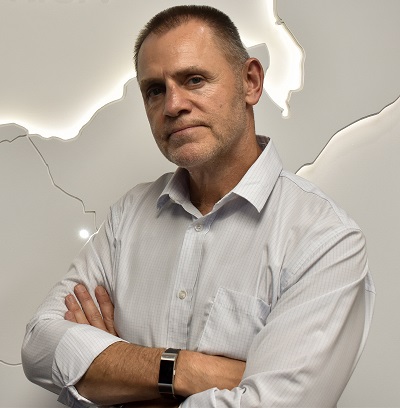 Mine automation not only holds great potential in Southern African, but it is already seen by many mines as an essential element of their future productivity and commercial sustainability.

According to Simon Andrews, managing director at Sandvik Mining and Rock Technology Southern Africa, his company has long been applying the world’s most advanced technologies on the sub-continent, with local skills underpinning its success.

“Our differentiator is that we can take state-of-the-art technology – the result of our global investment in research and development – and apply it to the needs of our local customers in their own backyards,” says Andrews.

He disputes the view that the latest technologies are not applicable in Africa due to factors like skills deficits or infrastructure shortages. Rather, Sandvik Mining and Rock Technology has been leveraging local expertise through an ongoing process of upskilling and change management.

“Automation is a journey that our customers embark upon over a period of time,” he says. “We support this process through our range of intelligent mining equipment, and through resources like our Fleet Data Management (FDM) system.”

The FDM allows mines to analyse operational data from Sandvik machines, such as pressures, run rates, hours worked and buckets loaded. This information can be used by management to improve the effectiveness of equipment, and to advance toward semi-automation and later full automation.

The regional jurisdiction of Sandvik Mining and Rock Technology Southern Africa comprises South Africa, Botswana, Zimbabwe, Mozambique, Madagascar and Angola. Andrews highlights that automation has been an important focus of recent contracts in Botswana, South Africa and Zimbabwe – with intelligent models of equipment such as load-haul dumpers (LHDs), articulated dump trucks (ADTs), twin-boom drill rigs and roof bolters on the order lists. The automated applications range from platinum to copper and diamonds.

He emphasises that the key to progress is close partnership between the technology provider and the mine. This, he says, ensures that technology is applied in a relevant and manageable way that suits each customer’s particular needs and capabilities.

“The capital outlay for automation-ready equipment is an important consideration for any mine, but the real ingredient for future success is the long-term commitment to rolling out the automation process,” he says. “This needs the support of the mine’s head office, its management and its operators on the ground.”

It is clear that mines see this route as increasingly necessary, with more interest forthcoming from the market. The ‘wait and see’ approach is waning, says Andrews, in favour of those who want to experience the benefits that technology offers.

“Before, we had many mines saying they wanted to talk to us when every aspect of the automation process could be clearly demonstrated in practice,” he says. “Now, they are asking us to work with them to overcome the challenges as they arise. There are more customers wanting to take this journey with us.”

It’s all about the relationship between the customer and OEM, to make the automation process work, he concludes.