Anglo American’s Unki platinum mine in Zimbabwe has achieved IRMA 75 level performance according to the Initiative for Responsible Mining Assurance’s (IRMA) comprehensive mining standard, achieving the IRMA 75 level of performance, reflecting Anglo American’s commitment to transparency and to striving for the highest standards of responsible mining.

The Unki mine was the first in the world to publicly commit to be independently audited against the IRMA Standard for Responsible Mining in 2019 and is both the first mine in Africa and the first producing platinum group metals operation to complete the audit, which was verified by SCS Global Services.

Natasha Viljoen, CEO of Anglo American’s Platinum Group Metals business says that Anglo American has a longstanding commitment as a leader in sustainability. “Consumers around the world are increasingly and rightly demanding products made from metals and minerals that are responsibly sourced, meeting the highest ethical and sustainability standards. Our alignment with IRMA is part of our Sustainable Mining Plan commitment to assure all our operations against a recognised responsible mining standard by 2025.”

The IRMA scoring system recognises four levels of performance: IRMA Transparency, in which a mine is third-party-assessed and publicly shares its scores; IRMA 50 or 75, signifying that a mine meets a core set of critical requirements together with at least 50% or 75% of the requirements in each of the four sections of the Standard for Responsible Mining (covering business integrity, planning for positive legacies, environment, and social performance); and IRMA 100 Certified, which signifies the mine meets all of the Standard’s requirements.

According to Aimee Boulanger, executive director of IRMA, Anglo American’s leadership has been pivotal to the success and growing adoption of IRMA’s Standard, including by some of the world’s largest consumer brands. During the ten-year process of crafting the Standard, the Anglo-American team did not shy away from difficult conversations about how to best measure responsible mining in a way that is at once practicable for the industry and that meets the expectations of civil society. Now, it is sharing the results of its own operations as measured against the world’s most robust definition of responsible mining. We commend Anglo American’s continued leadership in advancing IRMA’s vision.”

Walter Nemasasi, general manager of Unki mine says that the IRMA assurance process has provided the mine with a valuable opportunity to measure its performance at Unki against international best practice on a wide range of environmental and societal factors. “We are immensely proud of the work the team has been doing at Unki on responsible and sustainable mining, and we look forward to continue leading the way for our other mining operations across Anglo American,” says Nemasasi.

“SCS Global Services is pleased to have been the certification body for Anglo American’s Unki mine and recognises their achievement of IRMA 75 level certification,” says Stanley Mathuram, executive vice president at SCS Global Services. “Having worked through the extremely detailed auditing process alongside other stakeholders and IRMA to verify performance at Anglo American’s first mine, it is gratifying to see the much-needed goals of transparency in responsible mining realised through IRMA certification,” says Mathuram.

Other Anglo American operations that have completed the IRMA self-assessment stage and are now scheduled to be audited include the Barro Alto nickel operation in Brazil and the Amandelbult and Mogalakwena PGMs operations in South Africa.

IRMA’s Standard for Responsible Mining has been developed over a decade through a public consultation process with more than 100 different individuals and organisations, including mining companies, customers and the ultimate downstream users of mined products, NGOs, labour unions, and communities, and is considered to be one of the most rigorous certification processes. 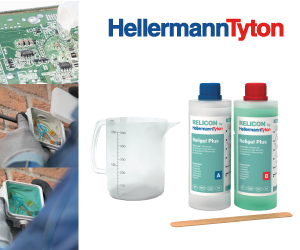