Increased demand for copper as the world accelerates towards a greener future, and expected supply deficits as a result, have lifted the copper price to new highs. From being in the proverbial doldrums only a few years ago, copper has suddenly become high in demand, and a flurry of new copper projects are in the making. 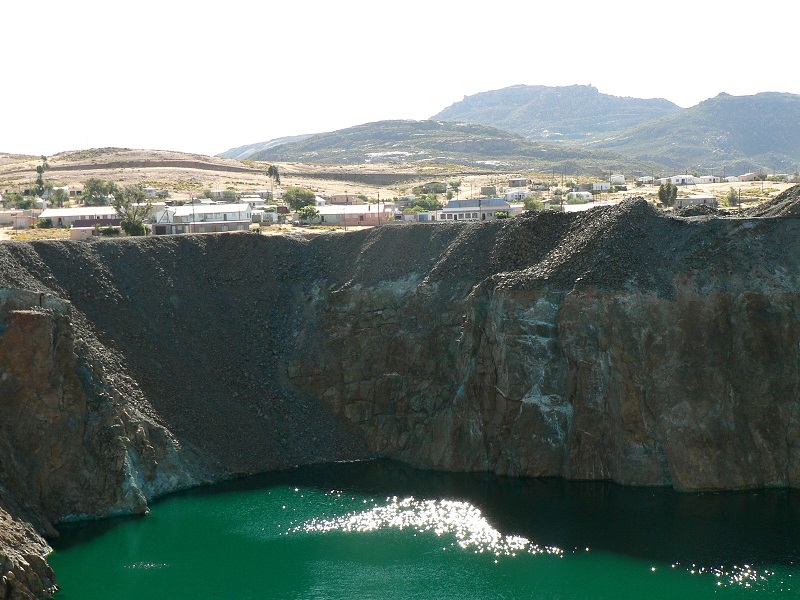 The old Okiep open pit mine in the Northern Cape of South Africa. Photo by commons.wikimedia.org

As we all know, good copper deposits are abundance in Africa and the copper and cobalt belts of southern and central Africa, especially in the DRC Congo and Zambia, are well known and world-renowned. Mines in these areas have been producing copper at prolific rates for a very long time. What many people do not know, is that the Kalahari sands of Namibia and Botswana further to the west, and the arid plains of the Northern Cape in South Africa, host significant copper deposits, some of which have been mined for years over the last century.

Most of these mines were abandoned when the copper price tanked in the 80s and have now become sitting ducks for a flurry of international exploration companies. Copper is the talk of the town and the moment, and with professional investors like Rick Rule backing copper in a big way, these projects are looking more and more attractive.

When Robert Friedland started talking about the greatest copper boom ever a few years ago when his company Ivanhoe started developing the Kamoa-Kakula deposit in the DRC, many regarded it as one of the best sales pitches in the history of mining. Three or four years later those non-believers are all loyal copper and Friedland followers, and headlines like: ‘Copper is the new oil’, and ‘Copper on the brink of a boom’, are shared and reshared on social media with great vigour and enthusiasm.

In addition to Ivanhoe’s flagship project in the DRC, other copper projects to watch out for are Cupric Canyon Capital’s Khoemacau project close to Ghanzi in the Central Kalahari of Botswana, Orion Mineral’s Okiep project close to the town of Springbok in the Northern Cape Province of South Africa, and Deep-South Resources’ Haib copper project in the south of Namibia. Both Khoemacau and Haib are greenfields projects while Okiep has been mined before. In addition, there are a range of new greenfields projects springing up across Namibia, which bodes well for the future of mining in the region.