South African miner Samancor Chrome said it could cut close 2 500 jobs in response to weak chrome prices and power supply problems, according to a letter to unions seen by Reuters on Wednesday. 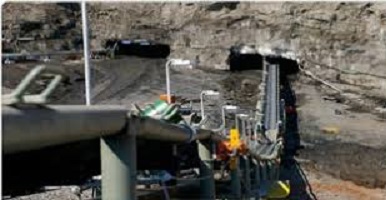 The warning follows a separate notification about 599 potential job cuts at its smelting operations and corporate offices and highlights how the struggles of state power utility Eskom are dragging on the economy.

Samancor, a private company, produces more than 1 million tonnes of ferrochrome, used to make stainless steel, per year, according to its website.

It told unions it would hold talks over 2 438 potential job cuts at its Eastern Chrome and Western Chrome mines. It needed to cut costs and was facing increased power tariffs and problems with electricity supply, the letter stated.

Eskom is mired in financial crisis and beset by frequent breakdowns at its coal-fired power plants.

Restructuring the utility is a core component of an economic reform programme that President Cyril Ramaphosa hopes will attract foreign investors and lift the economic growth rate.