Official opening of Nokeng Fluorspar Mine

The new operation comes online as international markets for Nokeng’s two products – acid grade fluorspar and metallurgical grade fluorspar – have come off recent highs but remain buoyant in a continuing squeeze between supply and demand.

China, the world’s largest fluorspar producer, has cut production in response to tighter environmental regulations and as a result has moved from being a net exporter of fluorspar to a net importer.

SepFluor enters the fluorspar production arena as one of only three significant production newcomers over the last 10 years, the low pricing experienced between 2011 and 2016 having closed several high-cost operations internationally. 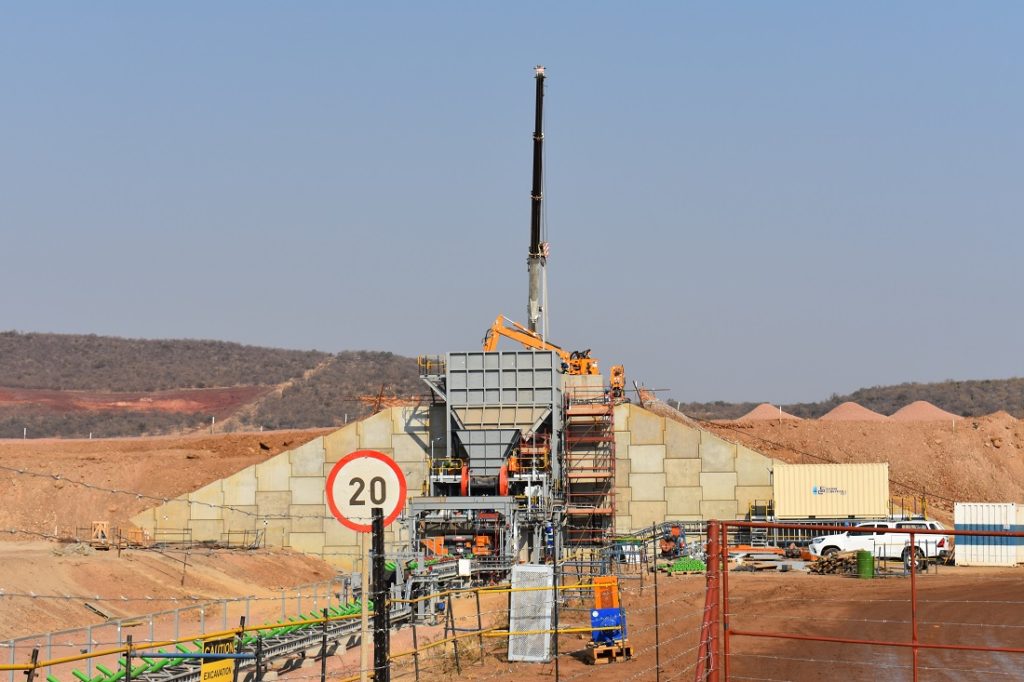 The Nokeng Fluorspar plant when it was still under construction. Image credit: Leon Louw

Nokeng has a 12Mt SAMREC-compliant reserve and an initial estimated life-of-mine of 19 years. It will initially exploit two haematite-fluorspar orebodies – Outwash Fan and Plattekop – with an option to later include Wiltin, a third and as-yet partially explored orebody.

Much of the Nokeng’s first year of production has already been sold, mostly into the international, US and European markets, with continuing strong demand from these markets and good prospects for additional sales into China and India.

Reflecting on mention by Minister of Mineral Resources and Energy, Gwede Mantashe, in his recent budget speech of an R850-million allocation for a minerals beneficiation programme and subsequent support for this by Trade and Industry and Economic Development Minister Ebrahim Patel, SepFluor CEO Rob Wagner said: “We are proud to be in the vanguard, efficiently beneficiating two products from the ore we mine that are in demand internationally.

“And there is more; with Nokeng operational – and in support of government’s Fluorochemical Expansion Initiative (FEI) – SepFluor is now focused on securing finance for its fluorochemicals facility at Ekandustria, near Bronkhorstspruit and completing the definitive feasibility study in order to start construction of its second mine, Wallmannsthal.”

It is envisaged that, going forward, the Ekandustria facility will beneficiate acid grade fluorspar from Nokeng and Wallmannsthal to produce 60 000tpa of hydrofluoric acid, of which 41 000tpa will be used to produce 60 000tpa of aluminium fluoride for local and export markets. The excess hydrofluoric acid will be used in the manufacture of a wide range of finished products.

Returning to the subject of Nokeng, Wagner said SepFluor was proud of the positive impact the operation had had on its host community and will continue to have into the future.

Some 900 fixed-term jobs were created during construction and around 200 people will be employed permanently, most of them local.

In August last year – well ahead of Nokeng’s completion – an on-site Mining Qualifications Authority-accredited training centre opened its doors. Built by the company at a cost of R17-million, the 2 400m² training centre, will train more than 4 500 men and women from communities in a 25km radius of the mine, in a range of skills. Some of the permanent employees for the mine operations were sourced from the training centre’s first graduates.

SepFluor Chairman Dr Lelau Mohuba, after whom the training centre is named, commented: “We believe in the principle of shared value; our aim is to provide new possibilities for community members.”