At the 2020 Investing in African Mining Indaba held in Cape Town, South Africa on 3 February, Mxolisi Mgojo, President of the Minerals Council South Africa addressed the issue of ‘Problems and potential: the mining industry today’. 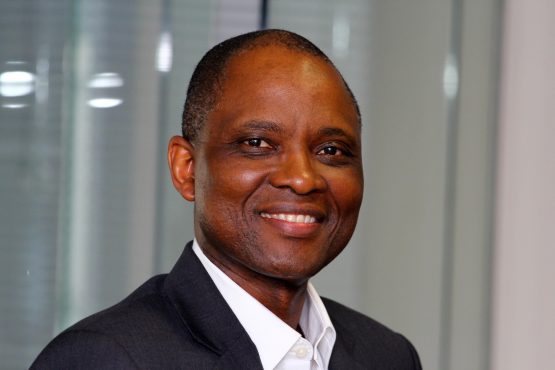 “The industry’s performance in the latter part of 2017 and the first half of 2018 was indeed a challenging period, when the industry experienced an increase in fatalities for the first time in a decade. This was unacceptable to the industry, prompting the Minerals Council Board, through the CEO Zero Harm Forum, to initiate a number of measures to holistically address health and safety,” said Mgojo.

In January 2019, the CEO Zero Harm Forum started what has become known as CEO Heartfelt Conversations – which was a facilitated meaningful engagement amongst mining CEOs on health and safety-related issues.

A direct outcome was the establishment of a CEO-led strategy on health and safety, called Khumbul’ekhaya, which means ‘remember home’. This strategy has placed at the forefront the elimination of fatalities as a priority, and to ensure that health and safety are addressed equally, while people are at work and beyond.

The Minerals Council also welcomed the significant improvements in disease incidence rates and remain committed to continuing to work with social partners on all matters of health and safety.

Mgojo said, “We think it’s really important to reflect on the real value of mining to South Africa and her people, and then imagine what that might be in the future.”

According to Mgojo, the transformation report commissioned by the Minerals Council and published last December highlights the significant progress made, in most areas, in implementing the provisions of the Mining Charter, itself an instrument of ensuring that parts of the benefits of growth flow to the previously excluded. But the extent of growth, including inclusive growth has been constrained. He touched on the reasons for this:

What does it take to achieve inclusive growth?

Mgojo said that the literature on inclusive growth tells us that redistributive policies of government can play a part. “So can (and do) the efforts of companies, including mining companies, in local economic and infrastructure development, human resources development and training, advancement of women and advancing upstream and downstream linkages (or beneficiation, as we call it),” he said.

“However, it also tells us that the most sustainable basis of inclusive growth is employment. This must be the priority. What is the mining industry’s current employment story? We are seeing heavy job losses in the gold, deep level platinum and diamond sectors. Our gold and diamond sectors have been in operation for more than 150 and 130 years respectively. So, their downscaling was always inevitable.

“Deep level PGM mining has struggled against not only power security and power tariff challenges, but also developments in the platinum market, due in part to the international financial crisis, and the impacts of labour issues in the first half of the last decade.

Also see: Time to give back

Yet we shouldn’t think there is no employment growth in mining. We may be drawn to that way of thinking because retrenchment exercises always make news. Slow but steady employment increases don’t.

“Yet the latest data shows we also have encouraging growth in some sectors. Coal, manganese, iron ore and chrome are the leaders in this regard. What is needed now is a range of steps to address the constraints and to facilitate optimal growth in these and other sectors, and to slow down the decline of those that are contracting.

“Where the power crisis is concerned, the Minerals Council argued in detail last month as part of a BUSA input to a NEDLAC Executive Council meeting, that government needed to act urgently enable the bringing on stream of new private sector power options for embedded generation and private generation for self-use, but which is fed through the national grid.

“In addition, government and Eskom should be contracting in, at the least cost possible, any extra renewable energy from existing wind and solar plant that are sitting idle. We are very pleased to report that following in-depth had engagement with the President and the Minister of Mineral Resources and Energy both through BUSA and directly as the Minerals Council there is absolute commitment to creating a pathway to energy self-generation by the mining industry. In fact, an action team has been established – involving the DMRE, NECSA and the industry to uncover and address the impediments to energy self-generation. This is a critical example of how the private sector and government can work together to address a national crisis and help set the industry and the country on a path to growth.

In our industry, we know of seven of our members ready to embark on generation plants that would bring over 600MW of power into the system. This trend would likely grow when unnecessary regulatory hurdles are removed. And there are companies in other industries with comparable plans.

These projects could be implemented in anything from less than a year to a couple of years. This would not only be good for those companies, but it would ease the pressures on Eskom and enable it to mitigate load shedding and power curtailment which causes hardship for householders, economic restraint for businesses and obstacles to inclusive growth.

The urgently-needed steps are not limited to state owned enterprises. South Africa’s fiscal situation has deteriorated most worryingly. The public debt to GDP ratio has risen from 24% in 2008 to 60% in 2020. And a fiscal deficit at 6.5% of GDP promises to lift that ratio up to debt trap levels.

“Minister Mboweni’s budget in three weeks’ time will be critical in telling local and international investors whether we are seriously beginning to turn around this desperate situation, or whether we are to continue stumbling ever closer to the precipice. And it can’t be done through the raising of taxes, which are already high. The solutions are in addressing government spending and, we hope, through returns on the current rehabilitation programme of SARS. In the medium term, it will take a growing tax base based on economic growth.

“And this is why the urgent work is not limited to the power and fiscal crises. The microeconomic and socio-economic policy shifts addressed in the National Treasury paper published last year need active implementation in order to further modernise and streamline the economy. Just some of these:

“And the most concerning regulatory issues need resolution if investor confidence has any chance of returning. At the forefront of these are the land expropriation issues and, for mining, the full recognition of the continuing consequences of past transactions.

We – as a mining industry – are willing to play our part in working with government and other stakeholders in salvaging South Africa’s economy. The urgency of carrying out these tasks cannot be overstated,” concluded Mgojo.