Kamoa Copper continues to break barriers and impress with the recent commissioning of its second filter press on 3rd October, which is already exceeding expectations with regards output. A new daily production record of 721 tonnes of copper in filtered concentrate was achieved on the first day of operation, which increases production in a copper concentrator that already generates 10.5% more throughput than previously planned, with a total run-rate throughput of 12,600 tonnes of ore per day, since the previous reporting month.

Steve Amos, Head of Projects at Kamoa commented, “Kamoa Copper’s Phase 1 milling and flotation capacity has demonstrated to be in excess of design parameters. As such, the additional filter press enables Kamoa to take advantage of the extra mill throughput to produce more copper than the estimated design output of approximately 200,000 tonnes per year. The additional filtration capacity also will allow Kamoa’s operations team to find the ‘sweet spot’ between copper recoveries and concentrate copper grades.” 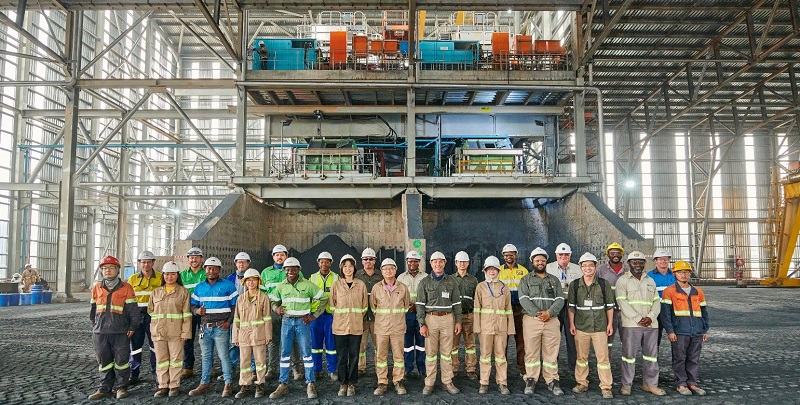 Furthermore, the development of Kamoa Copper’s Phase 2 concentrator plant, which is planned to double copper production to almost 400,000 tonnes per year, is proceeding ahead of schedule. 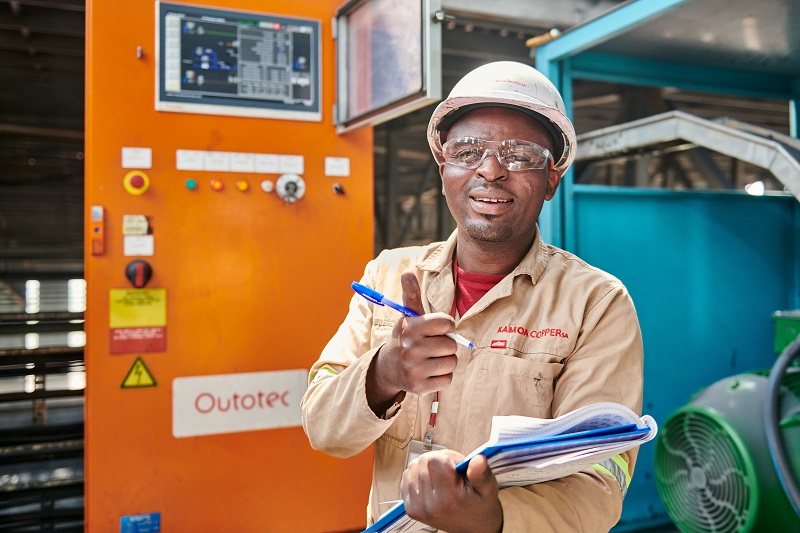 By the end of September, Kamoa Copper had surface ore stockpiles of roughly 3.66 million tonnes grading 4.73 percent copper, containing more than 173,000 tonnes of copper (or 381.4 million lbs. of

Ivanhoe founder and executive co-chair, Robert Friedland, commented, “The Congolese mining industry has a very bright future indeed. Having raised the bar for construction delivery, Kamoa Copper is setting its sights on raising the environmental, social and governance bar for the ultra-low-carbon copper production our world desperately needs for the energy transformation. We have all the pieces to do just that. We have the right team, the right stakeholders and are proud to be doing this in partnership with the DRC government.”

Watch a brief video on the commissioning of the second concentrate filter press at Kamoa Copper: