In 2021, Glencore Ferroalloys announced its plans to support local businesses founded and run by women within their local communities. This is part of the mining company’s strategic interventions to empower women and help them overcome some of the socio-economic challenges they face, while also growing local economies.

In continuing this support, Glencore Ferroalloys’ Rustenburg Smelter, a development agency and business partner to the company, was able to donate a toilet tissue manufacturing machine worth over R600 0000 to local black female owned SMME, Ntofontofo Company – which was officially handed over on 1 June 2022 at Ntofotofo’s factory in Rustenburg.

Director of Ntofotofo Company, Neo Mohamed, approached Rustenburg Smelter last year for assistance in order to grow her toilet tissue manufacturing business. The decision to fund the purchase of the new toilet tissue manufacturing machine was taken after recognising the determination shown by Neo through ongoing presentations, due diligence exercises and the involvement of the company’s group CSI team. 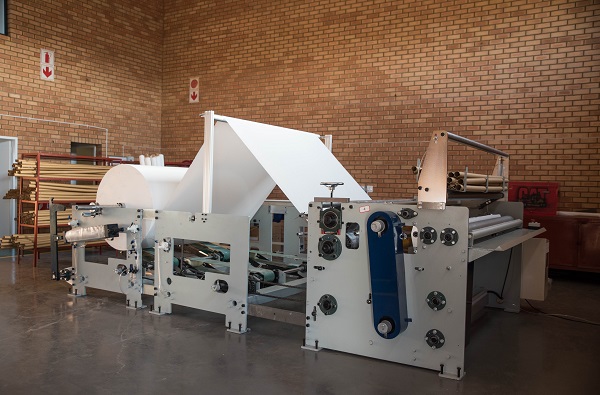 “We are honoured to be able to play the role of developing a black female local entrepreneur, especially one that has shown innovation and great courage. We are not a company that solely acts based on compliance, but more so because of our commitment to help the people within our communities progress together with the business. We applaud Neo for seeing an opportunity and grabbing it with both hands. Moreover, her business also speaks to the value of sustainability and that is something we care deeply about.  We urge and encourage the people of this community to support this business because it is locally made and by one of your own,” said the mining company’s chief corporate social responsibility officer, Conroy van der Westhuizen. 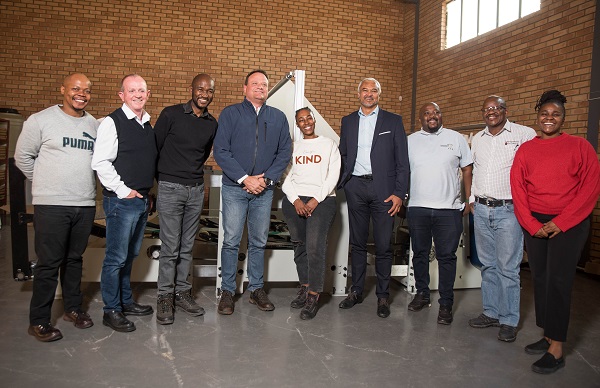 Ntofotofo Company started off with four fixed contract employees and due to the above-mentioned support, the company will now be able to employ four more employees and intends on training an additional eight to assist with the production volume. The company’s target per month was to produce 150 bales of tissue and with the arrival of the new machine the production will be more than double those production targets.

Rustenburg Local Municipality local economic development unit manager Tebogo Sehloho congratulated Neo for the strides she has made in making her business a growing success.

“As a municipality, we have identified a couple of sectors which are key to developing the economy, and we found that Manufacturing and Industrial Development form part of these because they speak to job creation. We are so proud to have a business like Ntofotofo operating in our community. The work that Glencore has done to support this business will make an incredible impact in the community, but the onus is also on us to support it. The work starts now and we are here to assist Ntofotofo to grow in greater strides,” he said. 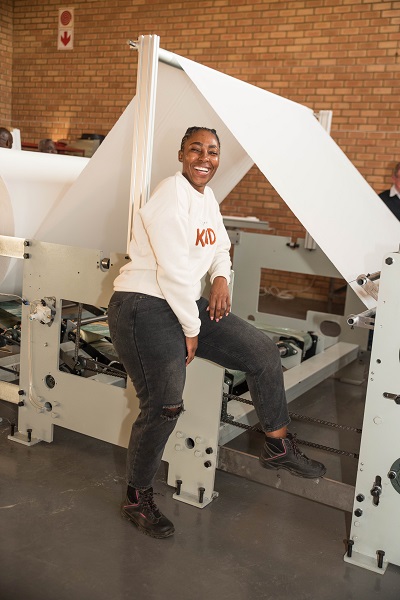 “I was raised by entrepreneurs so the entrepreneurship bug had me from an early age. I’m grateful for the pandemic, if only for the sole purpose of pushing me out of my comfort zone as this is when the idea of Ntofotofo came about. I would like to give thanks to Glencore, Rustenburg Smelter for taking a chance on me and I know that I can only go from strength to strength from here onwards,” said founder of Ntofotofo, Neo Mohamed.

The company prides itself in making sure that its host communities are supported and seen in their efforts to strive for a better life. It is their belief that ‘Progressing Together’ starts at home, within the communities where they operate so as to ensure that community members continue to reap the benefits of its presence for many years to come.