The Minerals Council South Africa would like to take issue with a narrative that appears to be developing in some quarters labelling the mining industry as an “epicentre” of COVID-19. 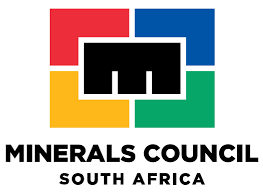 The concept is often raised by newspaper reports or government officials not part of the regulation of the industry who often lack a proper understanding of the precautionary processes implemented by the industry which give rise to the data on which they base their mistaken assumptions. These assertions are not only inaccurate but serve to spread fear amongst mineworkers and the communities in which they reside or come from. The focus should be on our collective effort in preventing the spread of the virus, supporting those who have contracted the virus, protecting individuals from unwarranted stigmatisation, and addressing the economic consequences of this pandemic.

The major issues that give rise to this perception are, first, that there is a steady increase in the number of COVID-19 infections in the industry and, second, that there have been a number of isolated clusters of infections at particular mines.

Second, regarding the clusters of infections, it is true that this has occurred, and has contributed to high incidences in particular areas.

Finally, the high quality of care offered to employees who do contract the virus could be found in the fact that there has been one death due to COVID-19 of a mineworker of the 679 cases detected as of today. That was a cause of grief for the family, friends and colleagues of the deceased individual who contracted the illness and passed away during lockdown. However, the industry is gratified that the COVID-19 death rate of miners is far lower than that for similar age groups in the country as a whole. The industry has taken a very cautious approach to taking extra measures for individuals who may be at greater risk if they get infected, not only delaying their return to work, but also in ensuing that they have pre-emptive and supportive medical care to ensure that their comorbidities do not place them at risk.

Since the outset of the pandemic, the Minerals Council’s approach has always been one of transparency. The mining industry acknowledges its responsibility to mitigate as far as possible the impact of COVID-19 on the workforce and among employees’ families and communities, and commits to seeking to minimise those impacts as far as possible.