East Manganese, Menar’s first manganese asset located near the Northern Cape town of Hotazel, has been granted a mining right and water use license, the latest regulatory approvals, paving the way for mining operations to commence soon.

The R250-million project was granted environmental authorisations in February 2019, a mining right in August 2019 and water use license in September 2020. 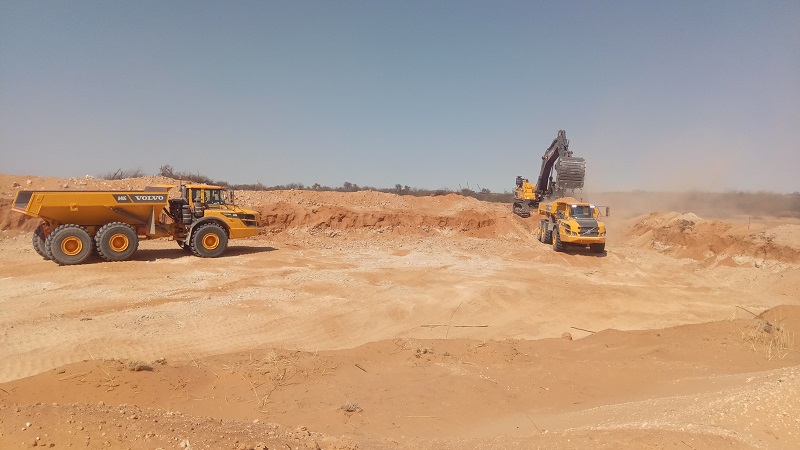 “East Manganese is part of our group’s planned R7-billion investments. Speedy regulatory approvals are critical to unlock the investment spend and to contribute to South Africa’s economic revival. We are therefore impressed by Human Settlements, Water and Sanitation Minister Lindiwe Sisulu’s recent undertaking to continuously improve turnaround times for applications.”

East Manganese holds approximately a one million ton run of mine (RoM) ore resource and will produce about 30 000 ton a month RoM manganese ore. Due to the conical shape of the proposed pit, it will take approximately seven to eight months to reach first ore, after which steady state production will be achieved swiftly.

The mine will utilise a dry crushing and screening plant system, which will reduce water usage at the plant, to produce lumpy and fine particle manganese products. Products will include both lumpy (85%) and fine material (15%).

East Manganese will use solar energy to power its offices and weighbridge. Moreover, Bayoglu pointed out that all the mine’s infrastructure will be powered by solar energy.

Bayoglu added that the decision to diversify the Menar Group’s commodity portfolio is in keeping with our aspirations of becoming a leading South African diversified mining company. “We are committed to realising South Africa’s full mining potential, by continuously seeking out new investment opportunities and East Manganese is a clear illustration of this continued commitment,” he said.

Manganese is used mostly in steel manufacturing and other industrial applications. The second most important market for manganese after steel production, in dioxide form, is that of portable dry cell batteries, which is used as a depolariser in dry-cell batteries.

Bayoglu believes the market fundamentals over the medium to long term would be positive for the resource. He said: “We like the macro supply and demand fundamentals of manganese. South Africa holds the overwhelming majority (+-75%) of the world’s manganese resources. We are confident that we leverage our group’s existing skills and relationships in South Africa to build a strong manganese business.”

“The establishment of the East Manganese Mine will aid economic activities in the area and create between 70 – 80 direct new jobs on the mining complex, once peak production has been reached. If we multiply this figure by ten [which is the average number of people that are dependent on a single salary earner in South Africa], then in essence 700 -800 people will directly benefit from this project. In addition, the indirect economic benefit of the operation, even though not quantifiable, is also far reaching. The mine’s recruitment process is being undertaken in conjunction with Joe Morolong Local Municipality which through its Local Economic Development (LED) forum, been very helpful to date,” Bayoglu stated.