The Phase 1 concentrator plant at the Kamoa-Kakula Copper Project in the Democratic Republic of the Congo (DRC) produced its first copper concentrate on 25 May 2021 and the plant is in the process of hot commissioning and ramp-up. 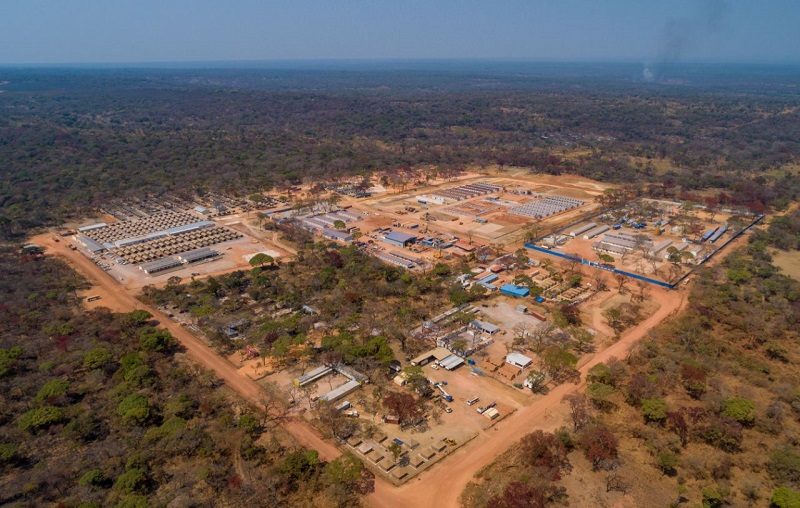 Ivanhoe’s Kamoa-Kakula Copper Project in the Democratic Republic of the Congo (DRC). Photo by Ivanhoe

Ivanhoe Mines is a Canadian mining company focused on advancing its three-principal joint-venture projects in Southern Africa: the development of major new, mechanised, underground mines at the Kamoa-Kakula copper discoveries in the DRC and at the Platreef palladium-rhodium-platinum-nickel-copper-gold discovery in South Africa; and the extensive redevelopment and upgrading of the historic Kipushi zinc-copper-germanium-silver mine, also in the DRC.

Kamoa-Kakula began producing copper concentrates in May 2021 and, through phased expansions, is positioned to become one of the world’s largest copper producers.

Kamoa-Kakula and Kipushi will be powered by clean, renewable hydro-generated electricity and will be among the world’s lowest greenhouse gas emitters per unit of metal produced.

Ivanhoe Mines has pledged to achieve net-zero operational greenhouse gas emissions (Scope 1 and 2) at the Kamoa-Kakula Copper Mine when large-scale electric, hydrogen and hybrid underground mining equipment become commercially available. Ivanhoe also is exploring for new copper discoveries on its wholly-owned Western Foreland exploration licences in the Democratic Republic of Congo, near the Kamoa-Kakula Project.