A leader in the bearing business, SKF, has extended the performance and product life, of its new mounted tapered roller bearing by pairing it with a superior seal. The mounted tapered roller bearing is used when an increased thrust load is needed with limited axial movement. This makes it appropriate for demanding industries such as mining, aggregates and cement. Potential applications include material handling equipment, such as belt feeders and screw conveyors, and process machinery including grinders, shredders and mixers. 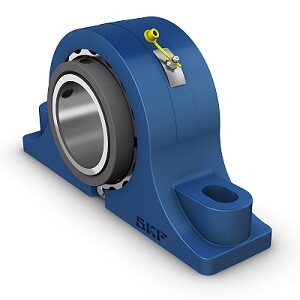 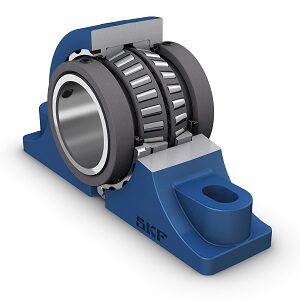 These units typically break down for one reason: seal failure. By improving seal performance, they can be designed to last much longer – extending uptime and increasing reliability.

Customers running this type of machine usually accept that contamination ingress will inevitably lead to premature failure. By combining its bearing and sealing expertise into a single unit, the company has managed to overcome this.

CR Seals offer several lines of defence against contamination. The use of hydrogenated nitrile rubber (HNBR) resists both wear and high temperatures, while a full rubber outside diameter improves static sealing within the housing. Multiple sealing lips exclude all types of contamination including dirt, mud, water, sand, and powder. The seal also allows the bearing to be relubricated without risking damage to the sealing lips.

Other areas of use for the Type E bearing include conveyors and process equipment in lumberyards, paper & pulp, metals and food processing.