Gloria Lekalakala is among four black women on De Beers Group’s board of directors. She recently joined De Beers group services as principal for risk and change management. 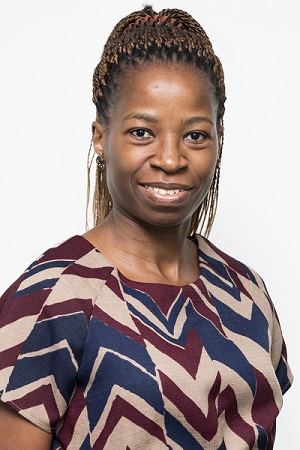 As a young girl, Gloria Lekalakala dreamed of becoming a doctor. But by the time she realised that she wouldn’t enjoy handling wounds and severe injuries, she’d already made her subject choices and became a chemical engineer instead.

As the principal for risk and change management at De Beers Group Services, Lekalakala’s day job sees her spending her time helping the company’s mines manage risk by having the right processes and standards in place. She also represents De Beers Group on the Minerals Education Trust Fund, which supports and promotes the interests of minerals education in South Africa.

“The mining industry remains one of the cornerstones of the South African economy. However, few people realise the rate at which it is re-imagining itself – operationally, structurally, and within the communities in which it operates. My various roles all support this broad transformation in one way or another,” says Lekalakala.

Her journey is a powerful story of making the most of opportunities. Born in the small North-West town of Jericho, she completed high school in Mmabatho before heading for the bright lights of Johannesburg to study at Wits on a JCI bursary. Armed with her degree in chemical engineering, she started her working career working as a metallurgist at Anglo Platinum, before her career took her down the first of several unexpected paths: a role in HR development with the Anglo Platinum Development Centre.

Here, her role was to oversee the bursary scheme and graduate programmes for the Group, and ensuring that the careers of all analytical chemists, chemical engineers and metallurgists were developed in a way that would meet their aspirations. “It was totally different from what I studied, but I learned a lot,” she recalls.

Career stints followed in precious metals – “The most challenging role of my career to date,” remarks Lekalakala – and as a Senior Ore Processing manager at De Beers’ Group’s Venetia Mine near Musina, before moving into her current role.

“If you’d asked me at the start of my career whether I’d be doing a job like this, I would never have imagined it! I got into risk management almost by accident but enjoy it immensely. I’ve always believed that if you really throw yourself into the opportunities that you get, it will all work out for the best. That’s how I’ve approached my entire career,” she says.

Her mother was a teacher, so perhaps it’s not surprising that Lekalakala has developed a special passion for educating South Africa’s young women about the opportunities in mining and engineering, and helping schoolgirls understand what types of careers are available and how to get into them before they make their final subject choices.

“Speaking from personal experience, I had completely the wrong idea about what the different types of engineering are all about, for example. And my perceptions of the mining industry were totally wrong! It’s really important that we try and give the next generation better information and get them excited about the careers that are available out there,” she says.

Outside of work, one of her passions is to maintain a healthy lifestyle. “Over time, you increasingly realise your health is critically important, and that without good health, a lot of things simply aren’t possible. I also think it’s important to try and involve yourself in more than just work – once you start trying to do something for other people and make a difference in their lives, you experience a huge amount of personal growth, empathy and appreciation for other people,” she says.

This ‘attitude of gratitude’ should also extend to the workplace, where a respect and healthy appreciation for people who know more than you about their fields goes a long way towards building positive working relationships.

“I always tell people that whatever job you’re in, you need to deliver 100% on that role. I’ve always struggled with the ‘where do you see yourself in 5 years’ question, simply because I tend to immerse myself totally in what I’m doing at the time. If you do your best work for people who value you, other opportunities will always come your way,” she says.