Extension of Epiroc and DDE partnership for another five years

Epiroc South Africa and Demolition and Drilling Equipment (DDE) have announced and extension of their long-standing partnership for a further five years, effective from October 2021 to grow the Hydraulic Attachments market in South Africa and to further strengthen the service offering to customers.

DDE Director, Robin Jackson, says, “Epiroc’s state-of-the-art equipment is amongst the best in the market, and let us not forget that Epiroc invented the hydraulic hammer. But while you can have the best product, you will never succeed if excellent after-sales service does not follow, an area I firmly believe DDE will add a lot of value to going forward.”

To this end DDE will be doubling their premises space and increasing sales and service resources to focus on the hydraulic attachment product range. The expansion will also see re-equipping to adequately handle the full range of Epiroc Hydraulic Attachment equipment, including new products released by Epiroc globally. This will include the installation of new presses, cranes, forklifts, etc., some of which will come over from Epiroc.

The company has also undertaken to collaborate with existing Epiroc partners to seamlessly continue providing support the loyal customer base. To provide more localised support, DDE is establishing relationships with other partners and agents in other cities, mining areas and activity hotspots. This includes engaging with local community businesses in mining areas where community support is becoming an increasingly important socio-economic imperative.

“With all stock previously coming from Epiroc, probably the biggest recent change brought about by the Epiroc/DDE partnership extension is that we have begun importing directly from Epiroc’s Essen Distribution Centre in Germany,” says Jackson.

Kathryn Coetzer, regional indirect sales manager at Epiroc, concludes, “We have enjoyed a successful a long-standing relationship with DDE and by continuing our partnership with them, we believe that we will see continued customer satisfaction and value. The expansion of their workshop facilities is a large investment from their side, and evidence of their continued commitment to better serving the Hydraulic Attachment customers throughout South Africa.” 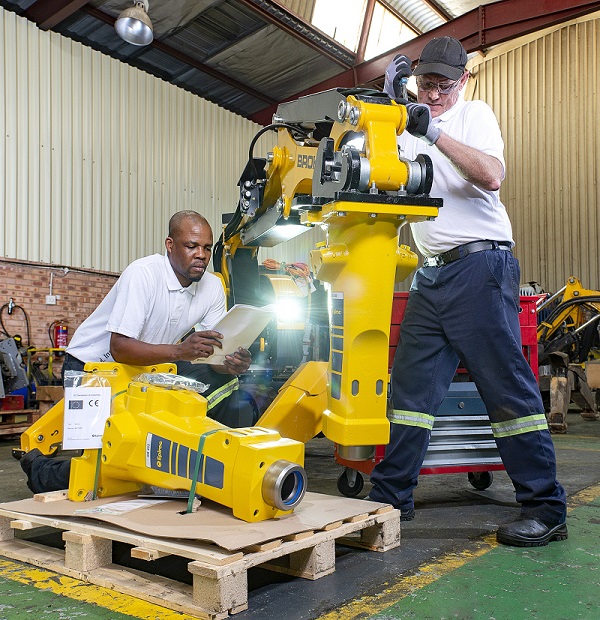