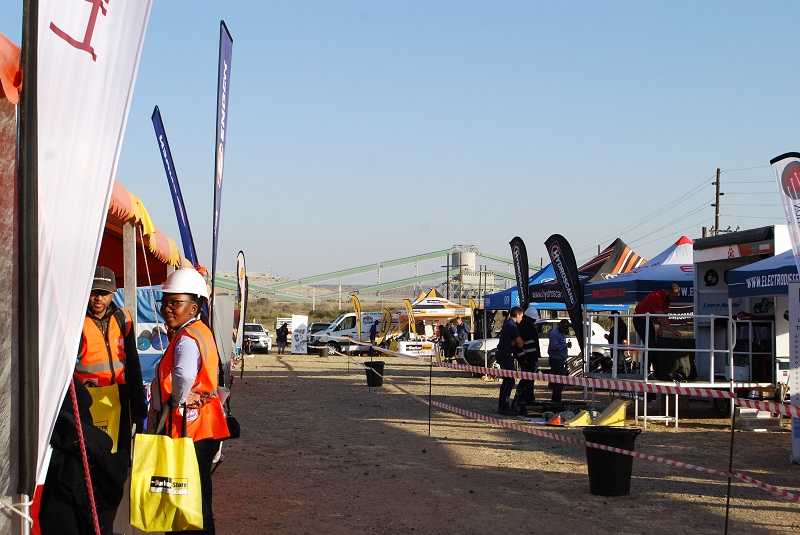 Deep in the heart of South Africa’s Limpopo province is Mogalakwena mine. This large opencast mine situated near the town of Mokopane, within the Mogalakwena Local Municipality, is wholly-owned by Anglo American and represents one of the largest platinum reserves in South Africa.

Established in 1993, the operation today comprises five open pits (North, Central, South, Zwartfontein and Sandsloot), all mining the relatively flat Platreef ore body recognised for its thick (80m to 100m in thickness) reef which is well above typical PGM reef thickness on the Eastern and Western Bushveld complex limbs.

All five pits feed two concentrators (North and South) as well as an off-site (on contract) Baobab concentrator as well.

There is a project at Mogalakwena, which will involve building a third concentrator at an indicative cost of up to R12-billion, will increase palladium output by 270,000oz a year and platinum by 250 000oz on top of the about 500 000oz of each metal coming from the mine now.

The Platreef project is in the process of constructing the sinking shaft which started in 2016. The main sinking phase will advance at a rate of about 45m per month until it reaches the planned final depth of 1 025m below surface. Also included is the development of four shaft stations at depths of 450m, 750m, 850m and 950m below surface.

Calendar powered by The Events Calendar