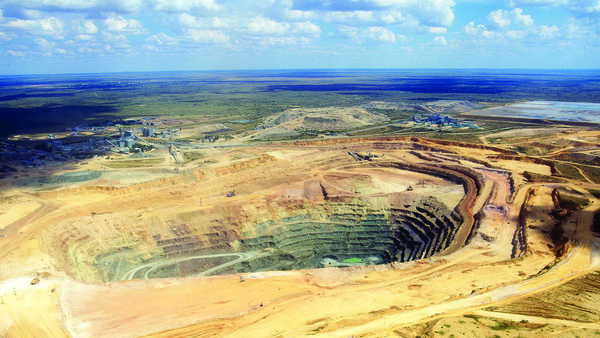 Letlhakane, a village in the central district of Botswana south of Mmatshumo, is within 15 to 20km of four of Botswana’s most profitable diamond mines.

Three of the mines – Letlhakane Mine in the south-east, Orapa in the north-west and Damtshaa in the north – are operated by Debswana, a company jointly-owned by the Botswanan government and De Beers, one of the biggest diamondmining companies in the world.

The fourth mine, Karowe Diamond Mine, located south-west of Letlhakane, is operated by Boteti Mining, which is owned by Canada’s Lucara Diamonds.

Debswana’s Orapa diamond mine in Botswana, the world’s largest by area, will continue mining up to just beyond 2050. Currently the mine is relocating an over 500m spread dump on the south side of the pit to the far western side to give way for Cut 3 core extraction boreholes.

Cut 3 will involve stripping away waste at the bottom of the mine, as well as widening and deepening the pit. The mine is expected to increase its fleet of trucks from the current 23 to 58.