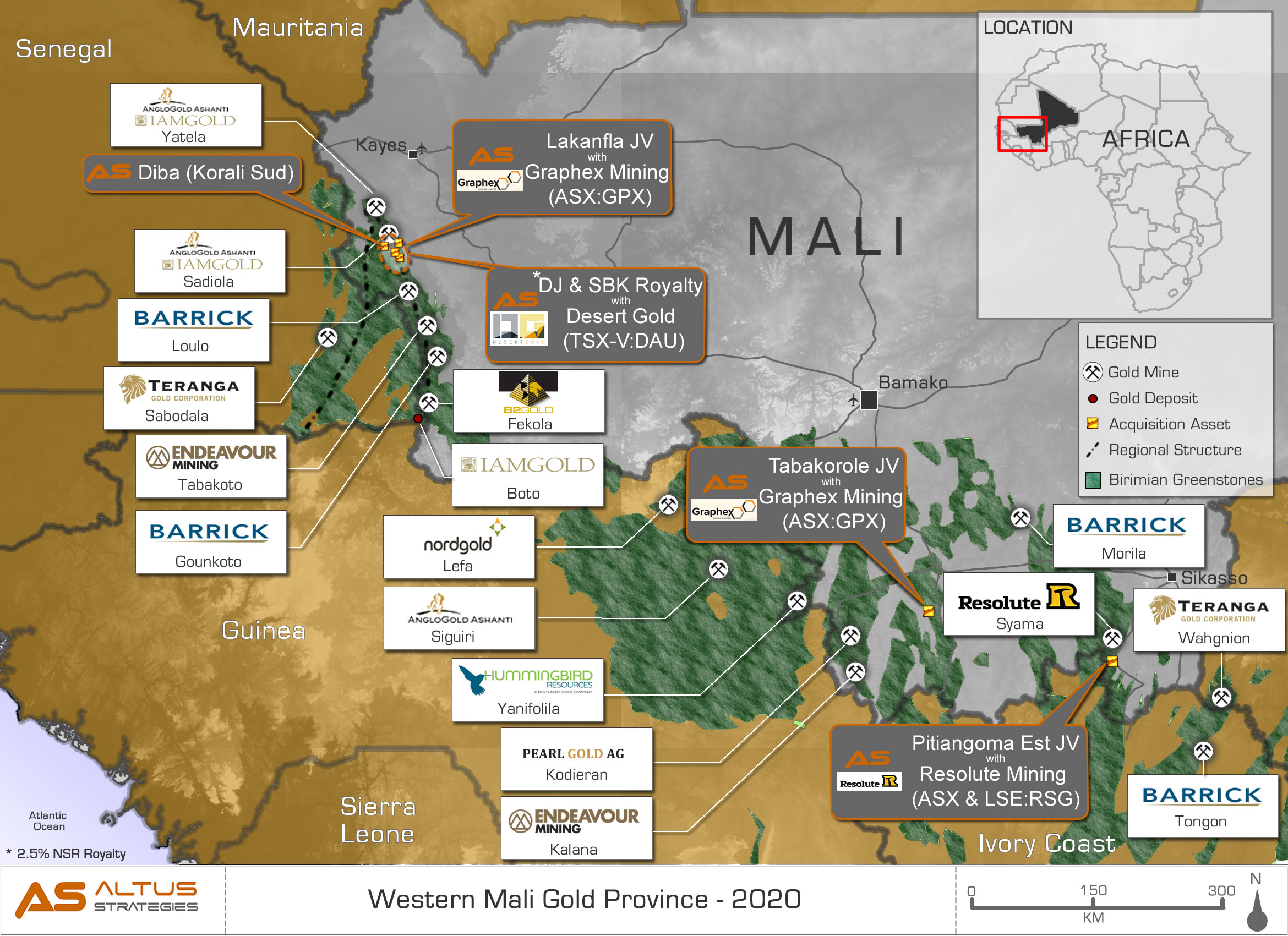 London mining company Altus Strategies announced the start of a 6 300m Reverse Circulation (RC) drilling programme at its Tabakorole gold project in southern Mali. The programme is being funded by ASX listed Marvel Gold under its joint venture (JV) with Altus.

According to Steven Poulton, CEO at Altus, the company has recently announced almost 20 000m of drilling across three separate gold projects, being undertaken almost simultaneously. “The commencement of this 6 300m programme at Tabakorole in southern Mali, by our JV partner Marvel Gold, follows the recent completion of an initial 3 880m JV-funded programme at Lakanfla in western Mali, and the commencement of a 10 000m programme by Altus at our 100% owned Diba gold project located close to Lakanfla and the world famous Sadiola gold mine.

Recent Air-Core (AC) and diamond drilling (DD) undertaken by Marvel as part of the JV stage 1 earn-in at Tabakorole confirmed that gold mineralisation continues for at least 600m to the north-west along strike of the 2.9km-long FT Prospect. The deposit also remains open at depth.