Mines require a range of hire equipment from time to time. Precisely what equipment is needed depends on the type of mine, explains Rand-Air’s business development manager for long term rental, Henry Fourie. 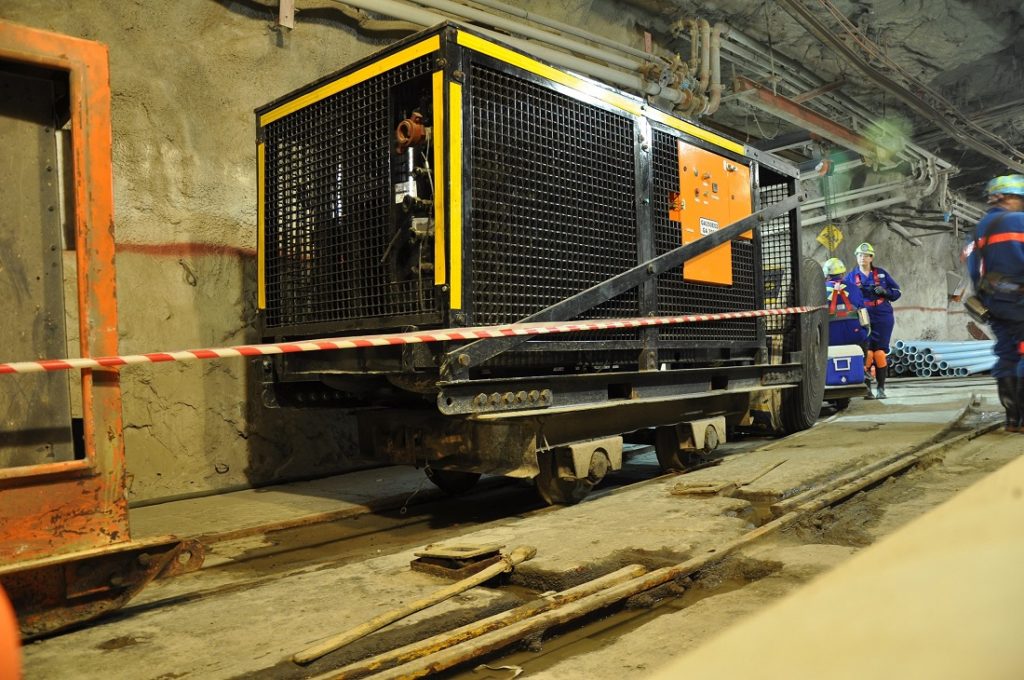 Rand-Air has a variety of machines suitable for mining operations. Image credit: Rand-Air

For instance, on an open-pit mine, generators and lighting plant are most frequently hired. “Some of the mining contractors also use our high-pressure diesel compressors for exploration as well as blast-hole drilling,” he explains.

On surface during shaft sinking, the mines use electric 1 500 cubic feet per minute (cfm) machines. Once the mine is established, then Rand-Air is also capable of supplying air from surface for the underground mining operations to power rock drills of various types. “For this, a popular choice is the 1 070cfm electric machines which we have supplied in various quantities, from as few as two units up to 10 units on a compressor bank,” he adds.

Rand-Air also has specially modified electric units for use underground. A major deep-level gold mine, for example, will have a two-kilometre-deep shaft down to a certain mine level. And then from the shaft, it can be as far as a kilometre or more to the rock face where drilling happens. Many older South African mines have been in existence for decades and, over time, the compressed air pipe systems have deteriorated, allowing air to escape and pressure to dissipate from numerous leaks before air actually reaches the driller.

In these cases, it pays the mine to place a rental compressor at a location close to the working stopes. The miners benefit from air at the correct pressure, which invariably gives a very substantial boost to productivity.

Some of South Africa’s older mines also have fairly elderly surface compressors feeding air underground. With these compressors, there is a much greater chance of periodic failures which can take some time to repair. During these periods, hire compressors can play a cardinal role in keeping the mine operational.

FacebookTwitterLinkedinEmail
We use cookies on our website to give you the most relevant experience by remembering your preferences and repeat visits. By clicking “Accept All”, you consent to the use of ALL the cookies. However, you may visit "Cookie Settings" to provide a controlled consent.
Cookie SettingsAccept All
Manage consent