On Wednesday evening, 22 June, the handover of the final report of the State Capture Inquiry (Zondo Commission) signalled an important milestone in South Africa’s attempt to come to terms with the impact of state capture, representing a critical step towards some sort of national reckoning, according to Corruption Watch.

It must, however, be followed by concrete processes that set appropriate investigations by law enforcement agencies into the actions of the vast array of people and institutions allegedly involved in the complex network of graft and patronage, as heard in evidence that assailed the country over the last four and a half years in motion. 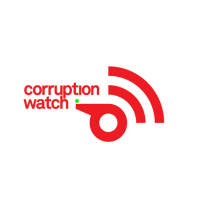 “There is no doubt that this commission of inquiry has been one of the most significant we have seen in this country, if not anywhere in the world,” says Karam Singh, executive director of Corruption Watch.  “It is equally clear that the huge investment of time, money, and energy spent over these past years must not have been in vain, but must clear the way for criminal justice institutions to do their work in securing justice for the many people who have suffered as a result of the grand theft and corruption that we have witnessed,” he added.

Chief Justice Raymond Zondo, responding to media questions on Wednesday evening, reiterated that the report is not the definitive solution to ridding South Africa of state capture, although its recommendations will make a significant contribution towards that goal.  It is critical that these are used to highlight the gaps in systems such as procurement that allowed corruption to flourish and to help put in place remedial measures that will deter people from circumventing the law.

The findings and recommendations of the full report, constituting five successive volumes released to the public since early January, highlighting the actions of implicated parties from the private and public sectors, multiple government departments, state-owned entities, and industry sectors, will take some time to dissect and prioritise. The role of whistle-blowers and the media in bringing these issues to the fore must be heralded as a turning point in a country perceived to be at risk of sinking under the weight of corruption. It is now the responsibility of all appropriate institutions and arms of state with investigative powers to pick up on the recommendations to ensure that justice is done and that the risk of state capture in the future is reduced.