Completion of expansion project on bulk emulsion plant in Secunda

Enaex Africa, explosives and blasting solutions provider, has announced the completion of the construction and commissioning of the expansion project on their bulk emulsion explosive plant at Secunda. 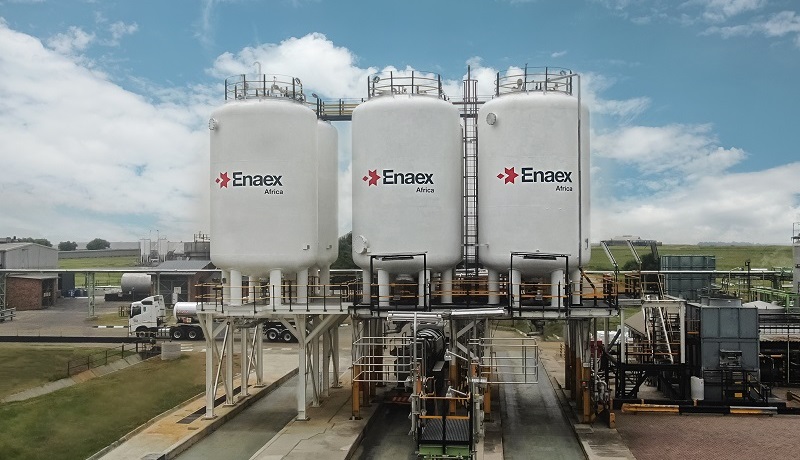 This was the first infrastructure project developed and completed under the joint venture between Enaex, Sasol and Afris. The execution of the project took less than 12 months to complete, well within the project’s timeline and budget.

As part of the expansion growth strategy and the sustainability of Enaex Africa, which is underpinned by its vision of becoming the preferred blasting supplier in the most important mining regions in Africa, this initiative has been identified as key to its operations across the region and will support the business’ ambitions in South Africa and across the continent.

The facility which is now fully operational and has accelerated production time, enabling the company to produce more products over the same timeframe. The additional weighbridge and silos have increased storage capacity by 50%, allowing for the production of extra bulk emulsion. “This expansion project will create both direct and indirect jobs, most of them hopefully in the local communities. In addition, the projects demonstrate our strong commitment as Enaex Africa in contributing to the South African economy through the execution of local investments,” said Francisco Baudrand, CEO Enaex Africa.

The completion of the bulk emulsion expansion at Secunda is part of the first phase of planned future production increases at this site. The company emphasises that there are currently other projects already underway.

In addition to this, the investment in the construction of the first Enaex Electronic Initiation Systems assembly plant in Africa is currently in progress. This local assembly facility will also be located in the company’s Secunda Complex in South Africa and is expected to start operating by the end of 2022, a year before the initial planned deadline. The electronic detonators offered by Enaex Africa are currently imported from Davey Bickford, an Enaex subsidiary located in France.

Because of this local facility, customers will have the additional security of a supply of Enaex’s electronic detonators, assembled locally and at a competitive cost. The new assembly plant will be able to produce 800 000 detonators a year and will create several job opportunities locally.

The growth investments of Enaex in Secunda promise to have a positive effect on the local community and ultimately the economy of the country as a whole.