Belfast reaches target ahead of time 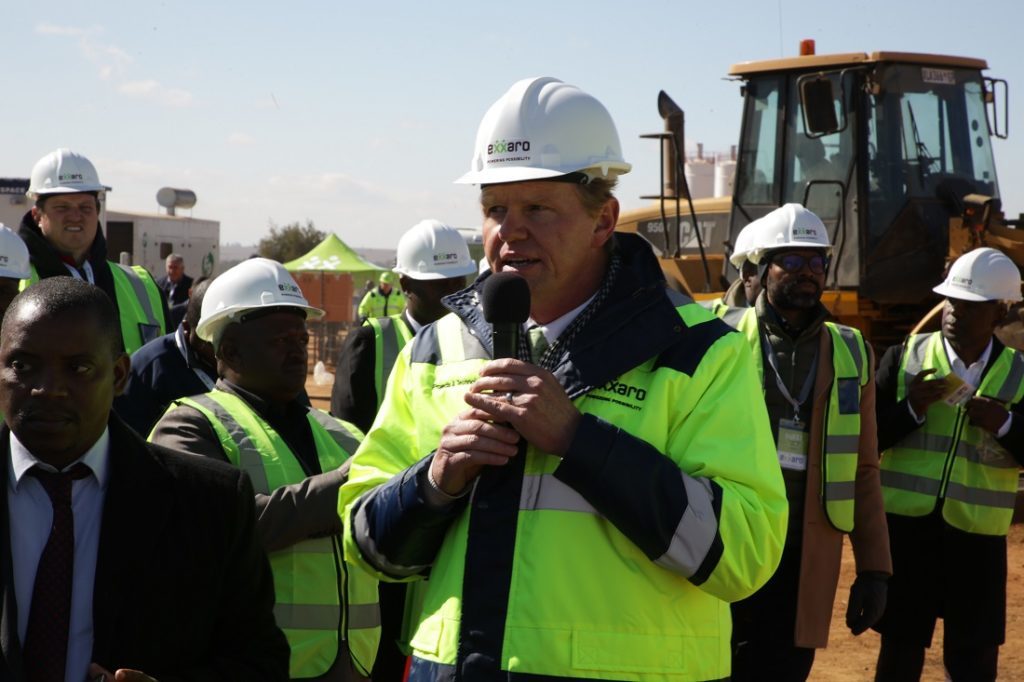 The mine was only expected to start producing coal in 2020. This was after breaking ground in July 2018 at the R3.3-billion, first-of-its-kind digital mine. The mine ranks as the last good-quality A-grade, high-yield coal deposit in Mpumalanga, where construction began in November 2017.

The coal production at the mine further proves the importance of the future of coal in South Africa and a key role the commodity still plays in the country. The Belfast mine’s coal production is intended to show the prowess of digitalisation, job creation, upskilling of employees, sustainability and the protection of Exxaro’s solid reputation.

The LOM (Life of Mine) of the Belfast mine is 17 years, making it a high value-add coal project in the Mpumalanga region, and the rest of South Africa as it further bolsters the growth of the coal business.

With an immediate focus, the Belfast plant will primarily produce A-Grade, export-quality coal (typical 6 000 kcal/kg) at a projected volume of 2.2 million tonnes per annum (MTPA), and a secondary-quality product (typical 21.5 MJ/kg) for local use or export of approximately 0.5 MTPA.

With the strong focus to benefit the local Nkangala District Municipality community, over 6 000 direct and indirect jobs were created during construction, seeing almost 20 000 people benefitting. The project is expected to contribute R39-billion to local GDP over the life of mine, with the district’s GDP gaining an estimated R2.1-billion per annum, including R966-million – a full 1% increase – of direct impact on the district municipality.

Lazarus Ramashilabele, business unit manager said, “The mine will be able to produce 2.7 million tonnes (Mt) of good-quality thermal coal a year for at least the next 17 years, starting in 2020, in the first phase of development. There is also potential for a second phase, depending on market conditions, which could take the life of mine to 30 years.”

Executive head of projects, Johan Meyer expressed his optimism, “The seamless teamwork from the company’s value chain has resulted in the delivery of the first RB1 product from Exxaro’s new Greenfield Belfast coalmine. The project and operations teams have managed to successfully accelerate and produce the first RB1 product ahead of schedule and well within budget and with no lost time due to injuries. The project’s safety record makes the fast-tracking of RB1 production from Exxaro’s new coalmine even more remarkable.”

Belfast Coal is a digital and connected mine, pushing boundaries towards real time decision making and productivity improvement. Belfast Implementation Project (BIP) took over 20 years to develop and the construction of mine commenced in 4Q17. At the onset of the project, the Exxaro project team partnered with construction contractors to deliver the project safely with no lost time injuries. The project has achieved 4.6 million lost time injury (LTI) free hours to date.

Ramashilabele further said as a digitally connected mine, Belfast maintenance teams can remotely monitor and track all the devices and access performance data. The maintenance teams are connected to specific equipment and machinery, so they can pick up problems early.

Belfast will produce a higher quality, clean-burning thermal coal for which there is quite a lot of demand as it has relatively low Sox and Nox emissions.