Petra Diamonds announced the launch of an Artisanal Small-Scale Mining (ASM) initiative in the Free State town of Koffiefontein in South Africa. 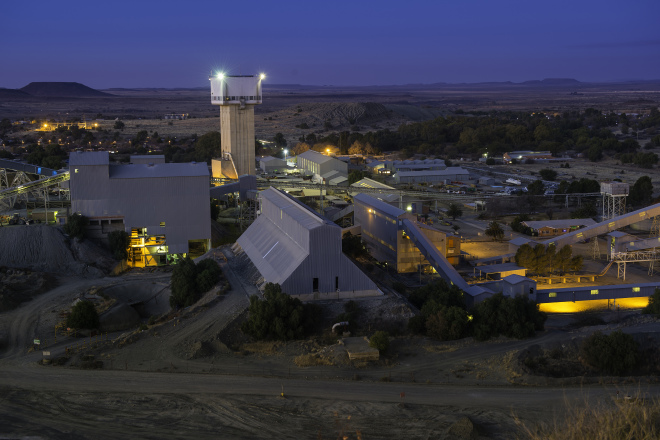 The Artisanal Small-Scale Mining (ASM) initiative was launched in the town of Koffiefontein which is where Petra’s Koffiefontein mine is located. Image credit: Petra Diamonds

This follows a process of extensive consultation and cooperation with relevant stakeholders, including the Department of Mineral Resources and Energy (DMRE), as mining sector regulator, the Letsemeng Local Municipality, as elected representatives of the community, and the community itself. During this project, the aim was to create a framework within which ASM can be conducted by community members in a legal and regulated manner.

Petra believes that there is a space for artisanal small-scale miners to co-exist with formalised, large-scale mining, since ASM can often profitably recover diamonds from resources that would be unprofitable, or at best marginal, for a larger operator due to the capital and overhead costs involved.  A decision was taken to make available some of the Tailings Mineral Resources (TMR), notably the resource generally referred to as the ‘Eskom dump’, for the benefit of the community of Koffiefontein. The intention is that properly regulated artisanal mining, which would comply with the Kimberley Process Certification Scheme, as well as other standards for such operations set by, inter alia, the United Nations, will be conducted on this resource.

This is the second ASM initiative put in place by the company, further to Petra’s efforts and involvement in establishing the ASM sector in Kimberley. This culminated in the landmark agreement in 2017 between Kimberley Ekapa Mining JV, in which Petra had a majority interest at the time, and other stakeholders, with the result that available TMRs in Kimberley were allocated to two community-based primary mining co-operatives, Batho Pele and Goede Hoop.

Work on the project at Koffiefontein commenced soon after the conclusion of the above agreement, with the intention to take into account the learnings from the initiative in Kimberley and put in place an ASM dispensation in Koffiefontein that would be able to both optimally exploit the available resource, and accrue maximum benefit to the community. To this end, the Koffiefontein Community Mining Primary Cooperative (KCM) has been officially established and registered as the primary beneficiaries of this project and the infrastructure and processes required to ensure the operation of this venture have been put in place.