Several African countries have used the Africa Oil Week (AOW) event in Cape Town this week to promote their oil and gas sectors to a global audience of investors, suppliers and other key stakeholders. 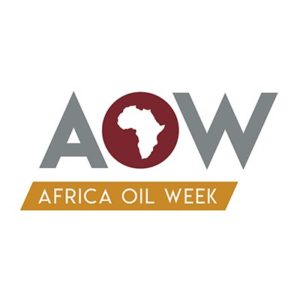 Senegal’s Oil and Energy Minister, Mahamadou Makhtar Cisse, used the platform to launch, for the first time in the history of petroleum exploration in his country, a licensing round of three blocks of sediment basin.

The licensing round would be promoted at international oil conferences in London, Houston, and Dakar during a first phase of the process, while energy companies would be able to evaluate the blocks’ potential between the end of January and end of July 2020, the minister said.

Senegal has seen predominantly natural gas discoveries offshore in recent years, most of which are shared with neighbouring Mauritania.

Angola’s newly formed national oil, gas and biofuels agency, ANGP, announced that the country has formed a consortium with five international oil companies, including Eni and Chevron, to develop liquefied natural gas (LNG) for its Soyo plant. The consortium’s project, costing an initial $2 billion, is expected to start production by 2022.

Uganda’s Minister of Energy and Mineral Development, Irene Muloni, is leading a delegation of private and public sector players from Uganda’s oil and gas sector at AOW.

Over the course of the week, in a National Showcase, Uganda is highlighting the ongoing second licensing round for oil exploration, which covers five highly prospective blocks with relatively good seismic and other data, Minister Muloni said.

Ghana told AOW delegates that plans, revising its laws on oil and gas licenses, sent to parliament last week, are an effort to spur production, and will revoke licenses from four companies that have not developed their assets.

Deputy Minister for Petroleum Mohammed Amin Adam said that the proposed changes would allow companies producing in blocks to explore elsewhere in the same area without having to get a new license.

Equatorial Guinea’s Oil Minister, Obiang Lima, said that his country would award seven to eight blocks from its current licensing round at the end of November.

A data room for companies interested in the Zafiro oilfield license would be opened as soon as possible Minister Lima said.

Chairman of Mozambique’s upstream regulator, INP, Carlos Zacarias announced that the country’s long-awaited sixth licensing round is due to be launched early next year.

INP, Zacarias said, is currently working out which acreage to offer industry and will then submit its proposal to government for approval.

Somalian Minister of Petroleum and Mineral Resources Abdirashid Mohamed Ahmed said his country was embarked on a path to transform Somalia’s petroleum industry and attract the attention of new investors, with significant progress having been made in recent years.

The passing of the petroleum law earlier this year – key features of which were a commitment to transparency and revenue-sharing, the Minister said.

The first example of this commitment, albeit small, was receipt of USD1.7million in rental payments from Exxon and Shell.