Lion Battery Technologies, a subsidiary of Canadian company Platinum Group Metals, has been issued a patent in the US entitled “Battery Cathodes for Improved Stability” under the Florida International University (FIU). Under a sponsored agreement, Lion will have exclusive rights to all technology being developed by FIU, including patents granted. 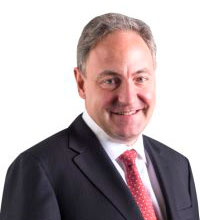 The patent includes the use of platinum group metals and carbon nanotubes and other innovations in a lithium battery. Lion was jointly formed in 2019 by Platinum Group and Anglo-American Platinum to accelerate the development of next-generation battery technology using platinum and palladium.

Under the sponsored agreement, research and patent applications are being funded to unlock the potential of lithium air and lithium sulphur battery chemistries by using the catalytic properties of platinum and palladium. Research is led by Dr Bilal El-Zahab who completed post-doctoral work at MIT along with a team that includes six specialist nano-materials and battery post-doctoral fellows. The team at FIU has completed the first year of research and surpassed their first technical milestone. Further patent applications have been filed.

According to R. Michael Jones, CEO of Platinum Group the initial patent grant is the first significant milestone towards the company’s objectives to both capitalise on a true cutting-edge innovation and drive demand for PGMs at the same time.

Platinum Group Metals is the operator of the Waterberg platinum project, a 19.5 million ounce proven and probable reserve, bulk underground palladium and platinum deposit in South Africa. Waterberg was discovered by the Platinum Group and is being jointly developed with Impala Platinum, Japan Oil, Gas and Metals National Corporation (JOGMEC), Hanwa Co. and Mnombo Wethu Consultants.

Anglo American Platinum is a member of the Anglo-American Group and is the world’s leading primary producer of platinum group metals. The company is listed on the Johannesburg Securities Exchange (JSE). Its mining, smelting and refining operations are based in South Africa. Elsewhere in the world, the group owns Unki Platinum Mine in Zimbabwe.