According to data and analytics company GlobalData, the shutting and suspension of mines due to Covid-19 restrictions during the second quarter (Q2), is expected to result in a 1.7% decline in the global gold production in 2020. 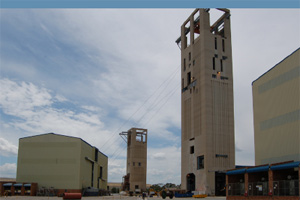 Vinneth Bajaj, senior mining analyst at GlobalData, says that almost all of the top producers are expected to witness a decline in the production levels during 2020 owing to the pandemic and consequent lockdowns in several key markets, such as South Africa.

“The widespread uncertainty due to the fear of a possible global economic downturn, however, pushed gold prices to an all-time high in August 2020, and they remain at about USD2000 per ounce (oz), supporting profit growth for a number of gold miners, despite the falling output,” says Bajaj.

Following the outbreak, the two largest producers, Newmont and Barrick Gold, reduced their guidance from a collective 11.6 million ounces (Moz) to around 11Moz. Production from these companies more than halved in the second quarter from a collective 2.9Moz in Q2 2019 to 1.4Moz in Q2 2020. Operations at Barrick’s Veladero and Porgera mines and Newmont’s Cerro Negro, Yanacocha, Eleonore, Penasquito and Musselwhite were temporarily suspended for most of April and May 2020 due to the outbreak.

Meanwhile, Anglogold Ashanti and Kinross have suspended their outlook for 2020, while Polyus Gold’s guidance remains the same. Covid-19 restrictions on AngloGold Ashanti’s South African operations which led to a 63koz year-on-year drop in the output in H1 2020, while the company’s overall decline for H1 2020 was 85koz. 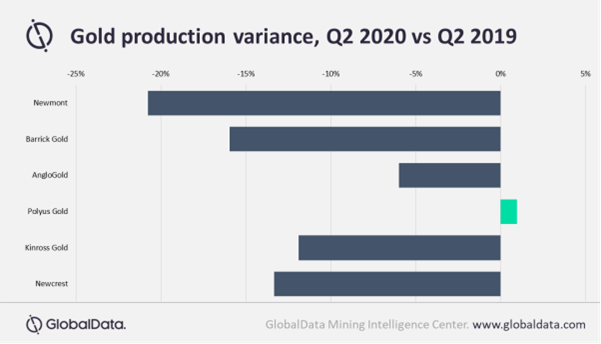 “Other factors that have impacted the leading companies’ output during 2020 have been lower ore grades and sale of assets. In Newcrest’s case, output was lower due to the sale of the Gosowong mine to Indotan Halmahera in March, whilst Newmont sold its Red Lake project in April and Kalgoorlie projects in the beginning of 2020,” says Bajaj.